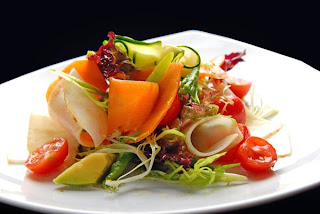 Watch out Gordon Ramsey, you’re culinary expertise may soon be obsolete. IBM is developing a computer that can create tantalizing new recipes. The goal is actually to create a machine that can understand the say humans dream up new ideas, but computer scientists have chosen to focus on food because “food is so visceral. Everyone eats. It helps define our culture,” IBM scientist Lav Varshney said.

The computer won’t just throw random ingredients together, however. According to Varshney, IBM scientists hope it will create recipes not only taste good but are also healthy. To accomplish the task, a database of successful recipes are uploaded to the computer.

“Then we remix them, substitute things, do all kinds of other modifications and generate millions of new ideas for recipes,” Varshney said. “The second step is to take those millions of ideas and find the best ones. To do that we try to predict what humans will find flavorful, based on some basic ideas from chemistry and psychology.”

Varshney and his fellow scientist hope the computer will not only generate recipe combinations that taste good, but also original combinations of ingredients. For example, the computer already created a recipe that infused Spanish paella and Indian curry, combining turmeric, other Indian spices, potatoes, pork, beef and a mango rum topping. The scientists thought the end result was rather tasty.

Ultimately, Varshney hopes a similar computer will help make school lunches that are more attractive to students and help combat obesity by creating recipes that satisfy food cravings with fewer calories. IBM does not expect the computer to be available for production until about 2017.